“Juneteenth” or “19th of June”, is a celebration of the end of enslavement in America. Although rumors of freedom were widespread prior to this, the announcement of emancipation did not come until Union General Gordon Granger arrived in Galveston, Texas to read General Order No. 3, on the “19th of June”, 1865. This was more than two and a half years after President Abraham Lincoln signed the Emancipation Proclamation. 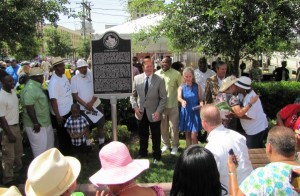